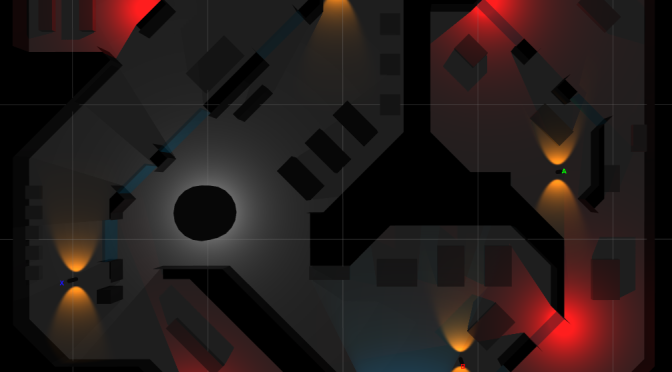 The final part of our 4th Year of Computer Games Technology was the 2015 Abertay Showcase.

I was honoured for my project to be chosen for the Yoyo Games Prize for Applied Theory.

Over the weekend I was present to talk over my project, and it was a great experience.

During the initial stages of this project I was considering what engine (if any) to use. As I felt that a 2D demonstration would be sufficient, the idea of writing the whole project in C++ with the aid of a graphics library was tempting. My decision to use Unity was based both on my previous experience with it, and a lack of experience with Unreal. During the creation of the first prototype I was quickly forced into using a full 3D scene, to take advantage of Unity’s inbuilt path finding and allow true ray-casting for line-of-sight checks.

During development Unity 5 was released along with the previously Pro only feature of real-time shadows. Initially this was only added for the aesthetics of representing the A.I.s sight, and perhaps moving more towards the look of Metal Gear Solids Soliton Radar. 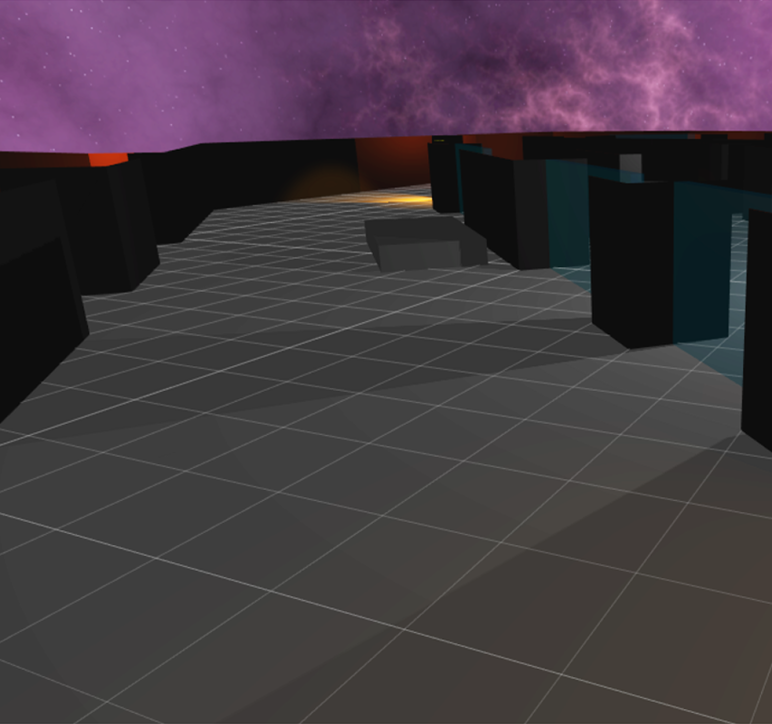 During the showcase it became clear that visually representing sight through lights and the shadows they create was giving people a clear understanding of the games primary mechanics. Though previous 2D concepts had seemed clear to me, it would have been far more to difficult to explain. The additions of the 1st person view and mini-map were also positively received. 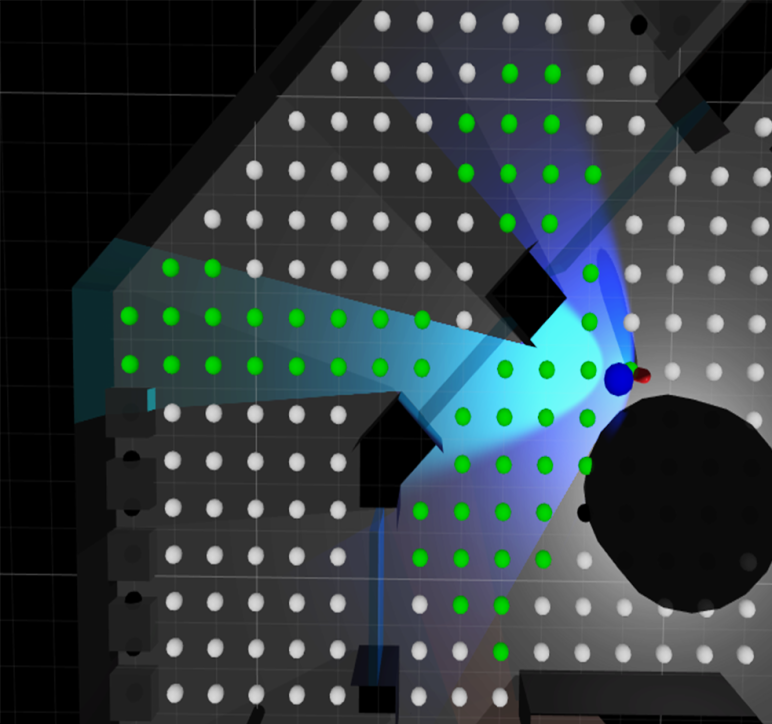 Programming a functioning ART Network provided a significant challenge throughout the semester, even though I was unable to implement a functioning ART2 network – I was able to modify the existing ART1 implementation for this project.

A compromise that had to be made later on was the design of the ART networks input vector. Initially I had hoped to implement a system which could accept a variable length input and re-order it to better suit any matching data. The ART1 implementation would not allow for this, to do so would have required the removal of parts of the system that define it as an ART Network. Therefore I was forced to design a fixed input structure to suit this projects implementation.

The previously built DBSCAN algorithm was added to allow the A.I. to search the environment. The test scene contains a list of positions which the A.I. must search, once every location has been visited the list would be refreshed. Each position contained a set radius – which would be used to generate a DBSCAN of the remaining area. This search would highlight any clusters as new navigation points to be visited before the A.I. can move on to the next area.

As the final build requires a 360 controller, this video demonstrates the main mechanics of the project.

As our year at Abertay was the last to work on the old PlayStation2 Linux Devkits, Applied Game Technologies was a last chance work on the new Vita Devkits. The purpose of this module was to choose either Augmented Reality or Stereoscopic 3D, and build a small demonstration game application to aid in discussing innovation within the chosen field.

This project was in C++, using the Abertay Framework for PlayStation Vita.

I chose to explore the idea of creating an RTS style game that would utilise Augmented Reality. The main concepts I wished to show where that of the device acting as a viewport into the game world, and interacting physically with this world to control the units.

In this demonstration application the player has to look through the PSVita to get a view of play area, and position their three towers correctly to destroy incoming enemies.

This implementation was rather difficult to use – holding a Vita in one hand while using the other hand to move the markers around. Key issues around this technologies reliance on marker identification such as limitations with tracking range, speed and stability were encountered – with possible solutions suggested.

The focus of this module was however to demonstrate how this technology could be used for further innovation. I suggested that the current movement towards headset based AR technologies coupled with gesture recognition could provide a fantastic opportunity for innovation within the RTS genre. Such upcoming technologies could allow RTS games to played within your own environment, much like a physical tabletop game – relying on user gestures for interactions rather than controllers or markers.